Culture: The Foundation of Every Company, For Better or Worse 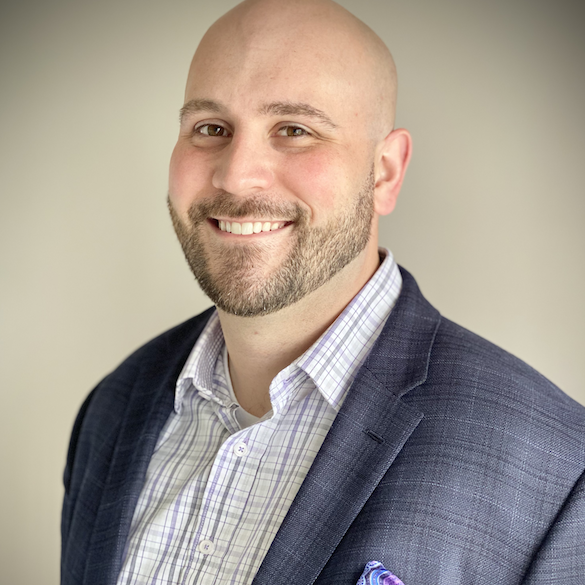 Startups, big corporations, all companies have a culture whether they like it or not. It’s not something you can decide to have or not. When you’re a lean startup, the culture is created by the first people that you bring into your organization and the founders. Why you’re all together, how you treat each other, how you communicate, your response to challenges, and your response to success, all form the foundation of your culture. As the company grows, the people that are brought in are not only there to do specific tasks and fill a role; they’re brought in to compliment the culture that you’ve created.

When building your company culture, it’s important to define what values, beliefs, and philosophies you have and operate under. Know your why and believe in it. Because if you don’t understand the reason that you’re waking up every morning, asking people for their heartbeats and asking them to follow you, then why should they?

I’m going to go over three values we have at Innovia that mean a lot to me as they’ve been critical to getting us to where we are today.

Something we say a lot at Innovia is, “every problem is a communication problem”, which was said by one of the partners as we were talking about a product we’ve been building. At first, you may try to think of numerous scenarios to disprove that. And that’s okay! I did the same thing. But as I went through the different scenarios, I started to think deeper than simply what I considered on the surface and asked myself, “could more/better/sooner communication have helped?” and I couldn’t think of any scenario that communication couldn’t have been at least part of the problem.

Communication isn’t only what you say, it’s how you say it. Whether it’s with a friend, colleague, significant other, child, or a stranger, how we speak to them will directly impact the way our words are received. I was once told, “say things in a way you feel good about, from a place of understanding and love”. That doesn’t mean you have to actually love the person you’re talking to. It’s a mindset to have when you talk to someone. I’ll be the first to admit I’m not perfect at it, but I’m always trying to improve my communication skills. It’s critical to have the same mindset when you’re doing the listening and receiving feedback as well. This is why we have to consistently try to improve our communication skills. It’s so much more than talking and listening.

If you’re open to it, there’s a book that I read at least once every year by The Arbinger Institute, called, Leadership and Self-Deception: getting out of the box. It’s helped me become more aware of myself, of others, and the different circumstances I’m in, allowing me to recognize if I’m in the right mindset when solving problems.

Respect not only for others, but also for yourself. Being mindful of time, feelings, commitments, responsibilities, beliefs, change, and thoughts. This goes hand-in-hand with communication. If you’re not respecting someone’s thoughts, feelings, etc, there’s a good chance your communication is compromised. This doesn’t mean that everyone needs to agree. There are numerous things that I disagree with others on every day. Being respectful of our differences allows us to remain open to change and able to listen to other perceptions that maybe we hadn’t considered. Ultimately, every person I work with, whether it’s one of my partners or a co-op, they’re part of our family and they’re one of my trusted advisors. If I’m not listening to them, then I’m not doing my job.

Time is something I encourage others to be very mindful of. When you ask someone for their time, you’re asking for the most precious thing they have. No matter who they are, their time should be given the utmost respect, just as we would ask the same in return. If I’m asking someone to a meeting or offering someone a job here at Innovia, it all starts with respect. Understanding their heartbeats are limited and that if I’m asking for them, it’s my responsibility to ensure that I’m not going to waste them.

This is one that really hits home for me. At Innovia, we work hard to create an environment of clarity, creativity, compassion, and recovery. The world needs more compassion, especially in its leaders. We strive to be the standard for how people should be treated. If we all focus to see people as having a problem, rather than being a problem, we would see improvements in many different areas.

Some people think that leadership is having a title…they couldn’t be more wrong. You don’t need a title to be a leader. You need heart and unwavering resolve. It's about giving all the credit and taking all the blame. When I was in the military, I saw some of the most junior enlisted Soldiers have more leadership qualities than those in senior leadership positions.

Here’s an example inspired by Simon Sinek, of what compassion and lack thereof from a leader may look like:

Frank has been with Zulu Corp for the past year and a half and has done an excellent job as a sales associate. Donna is Frank's manager and has noticed for the past 3 months Frank’s numbers have been down, even though he was well above his goals every month prior. Both Frank and Donna receive commission for hitting sales goals, but it doesn’t look like they’re going to reach their goals this quarter.

There are two types of Donnas. Each of them has a different approach to talking to Frank and each will yield a completely different response.

Scenario 1: Donna walks into Frank's office and says, “Hi Frank. I noticed that your numbers are down again for the third month in a row. Looks like we won't be hitting our quarterly bonuses…you need to pick it up or I don’t know if we’ll have a job for you later this year.”

Scenario 2: Donna walks into Frank's office and says, “Hi Frank. I noticed that your numbers are down again for the third month in a row. Are you okay? I’m worried about you. You’re one of my best sales reps. Is there anything I can do to help you?”

It’s pretty obvious which scenario Donna saw Frank as having a problem rather than being a problem.

In scenario 1 Frank may have felt anxious, compounding his stress, distracting him and destroying his confidence. This very well could have been enough to make Frank write his resignation letter as soon as Donna walked out. One thing’s for certain – Frank probably wasn’t going to have a heart-to-heart with Donna and communicate his feelings after she showed disdain toward him.

Scenario 2 give’s Frank the opportunity to talk about what’s going on. It allows him to feel safe and supported. Maybe Frank recently lost someone close to him and opens up to Donna about his struggle with depression. Learning about what's going on, Donna can strengthen her commitment to helping Frank, she could give him some time off and check in to see how he’s doing. Giving Frank the ability to take time to heal, then return to a workplace that he feels has his best interest at heart. A workplace that genuinely cares about his wellbeing, inspiring loyalty and motivation. We all deserve that kind of compassion.

If your company, your mission, your vision and philosophies, are something that lights a fire inside others like it does you, then you know you can effectively communicate them. If your people wake up every morning inspired and motivated to be part of them; you know you found the right people. Earn loyalty through servant leadership, effective and transparent communication, ethics and morals, and collaboration. Listen to the talented and intelligent people you hire and know when to get out of your own way. Leave your ego at the door. When everything goes wrong, take all of the blame. When everything goes right, give all of the credit. Practice and recite your values every day. It may be cheesy, but it creates habit and not only will you believe in them, but so will everyone else. Be the standard -- your culture depends on it. Put your people first as they’re the heartbeat and backbone of your organization. And always remember, as Tony Robbins says, the secret to living is giving. 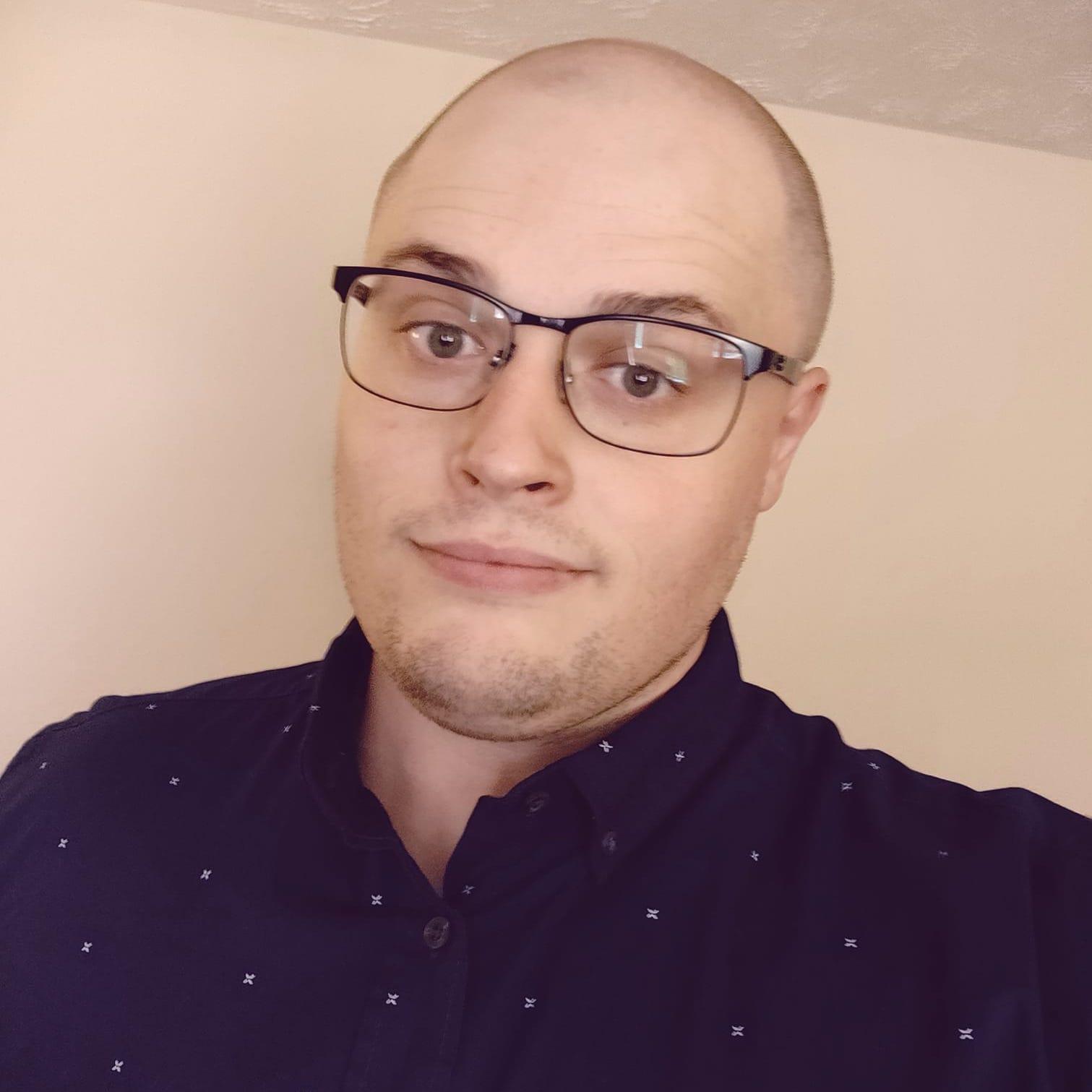